The railroad company Rumo announced earlier last week that they have received approval to initiate construction on the first 8 kilometers of a new railroad that will connect the city of Rondonopolis in southeastern Mato Grosso with the heart of soybean and corn production in central Mato Grosso (see map below).

When completed, the 740-kilometer railroad will connect the heart of grain production in Mato Grosso with the existing Ferronorte Railroad in Rondonopolis and the Port of Santos, which is Brazil's largest. The railroad is expected to arrive at the state capital of Cuiaba in 2025, the city of Nova Mutum in 2027, and the city of Lucas do Rio Verde in 2028.

Rumo announced that with the approval to start construction, they will now start building work camps and start transporting materials to the work sites. Building will start at Rumo's multi-modal grain terminal at Rondonopolis and the first few kilometers of tracks should be completed by the end of the year.

The governor of Mato Grosso proposed this railroad a little over a year ago and a small portion of track should be laid before the end of this year. This is in stark contrast to the proposed Ferrograo Railroad (Grain Railroad) linking northern Mato Grosso with ports on the Amazon River. The Ferrograo Railroad is opposed by environmental and indigenous groups and has been tied up in the Brazilian courts for years over its proposed route through a national park. The Brazilian president issued an executive order allowing the railroad to occupy approximately 2,000 acres of a national park and in exchange, the park was expanded by an equal amount.

The Brazilian Supreme Court issued a ruling last year that boundaries of national parks can only be altered by legislation passed through the Brazilian Congress. As a result, work connected with the railroad has been suspended pending the resolution of the legal battles.

Below is a map of the new railroad in Mato Grosso. The solid black line in the bottom right had corner is the existing Ferronorte Railroad. The dotted line is the proposed route through the various municipalities and the blue areas are municipalities that will be impacted by the railroad. When completed, the northern end of the railroad will service the greatest concentration of soybean and corn production in the state. 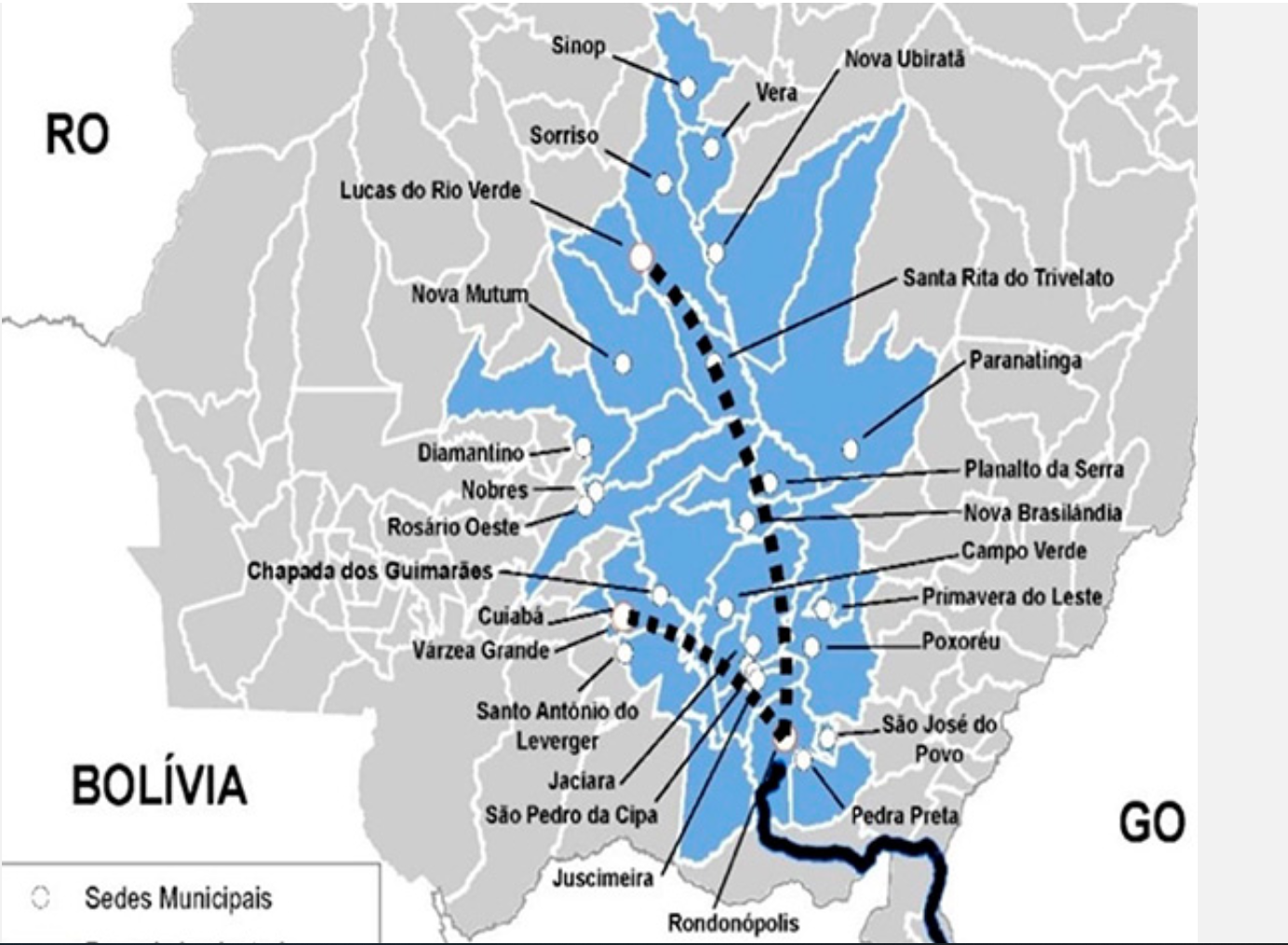 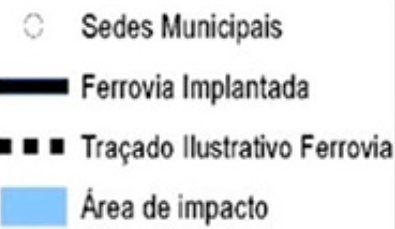