The 2021/22 Argentina corn estimate was lowered 1.0 million tons to 52.0 million and I have a neutral to lower bias going forward.

Rainfall last week in Argentina was mostly in the southern and western areas. The driest parts of Argentina are north-central and eastern areas. Temperatures have been hotter than normal leading to increased evaporation. The forecast is calling for increased chances of rain later this week and in the longer-range forecast, but probably not enough to change the overall pattern.

The 2021/22 Argentina corn was 60.2% planted as of late last week compared to 61.2% last year and 70.1% average. This represents an advance of 12.5% for the week. In the core production areas, the corn was 98% planted with 60-70% planted in southern Argentina and 5-10% planted in far northern Argentina. The first phase of corn was 65% planted and the second phase was 56% planted. The early corn is 44% pollinating and 1% filling grain while the late corn is in vegetative development.

Below is the corn planting progress from the Buenos Aires Grain Exchange. As you can see, they have increased the planting pace the last couple of weeks, but it is still on the low end of the 5-year average (tan area). 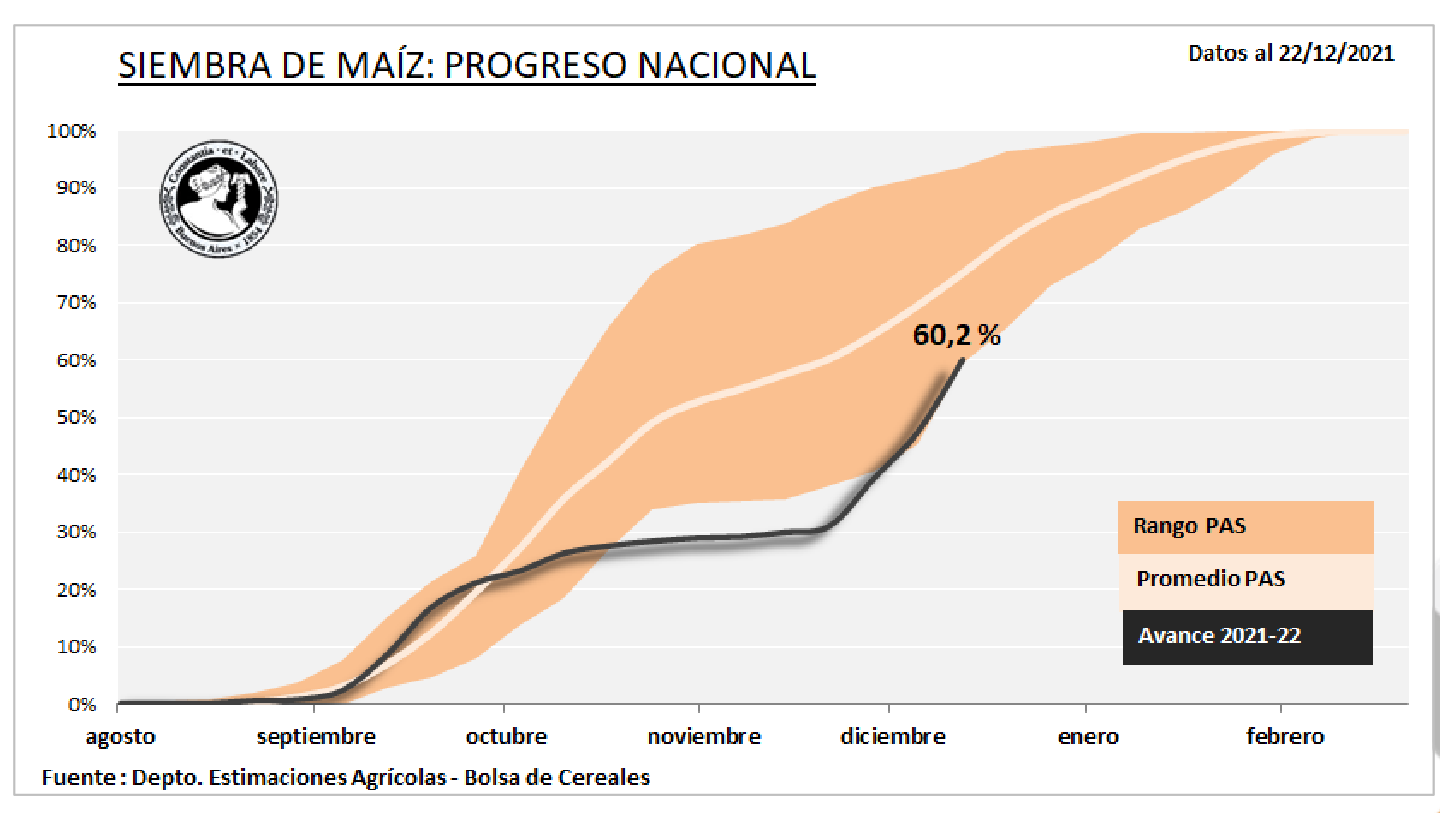