The governor of the state of Parana launched public consultation last week concerning Brazil's Nova Ferroeste Railroad (New West Railroad) which would link the states of Mato Grosso do Sul and Parana with the Port of Paranagua (see maps below). From the city of Cascavel in western Parana, a branch would also run to Foz do Iguacu near the border with Paraguay and Argentina. A second branch would run from Cascavel to the city of Chapeco in western Santa Catarina.

This railroad would serve multi purposes. It would connect two significant grain producing regions - western Parana and southern Mato Grosso do Sul, with the Port of Paranagua. It could also transport refrigerated containers of poultry and pork for export because Parana is Brazil's largest poultry producing state and Santa Catarina is Brazil's largest hog producing state. Lastly, it would offer a long-sought rail connection from the center-west region of Brazil to the livestock producers in southern Brazil.

Livestock production is concentrated in southern Brazil and the region always has a corn deficit, forcing producers to import corn from central Brazil, especially the state of Mato Grosso, which is Brazil's largest corn producing state. This proposed railroad does not go all the way to Mato Grosso, but it would reduce the distance needed to truck the corn by about half. This railroad would result in significantly lower costs for transporting corn to southern Brazil.

The 1,560-kilometer railroad has an estimated cost of R$ 35.8 billion (approximately $7 billion) and it would transport soybeans, soybean meal, corn, wheat, sugar, beef, poultry, pork, fertilizers, and wood products. If in operation today, the railroad would carry 38 million tons of cargo per year with 26 million going directly to the Port of Paranagua.

The Nova Ferroeste Railroad is designed to have a minimal social-environmental impact. The route of the railroad will stay at least 5 kilometers away from any indigenous community or conservation areas. The railroad will also avoid any large urban area to minimize traffic congestion. The project will be divided into five sections with bidding scheduled during the second half of 2022. 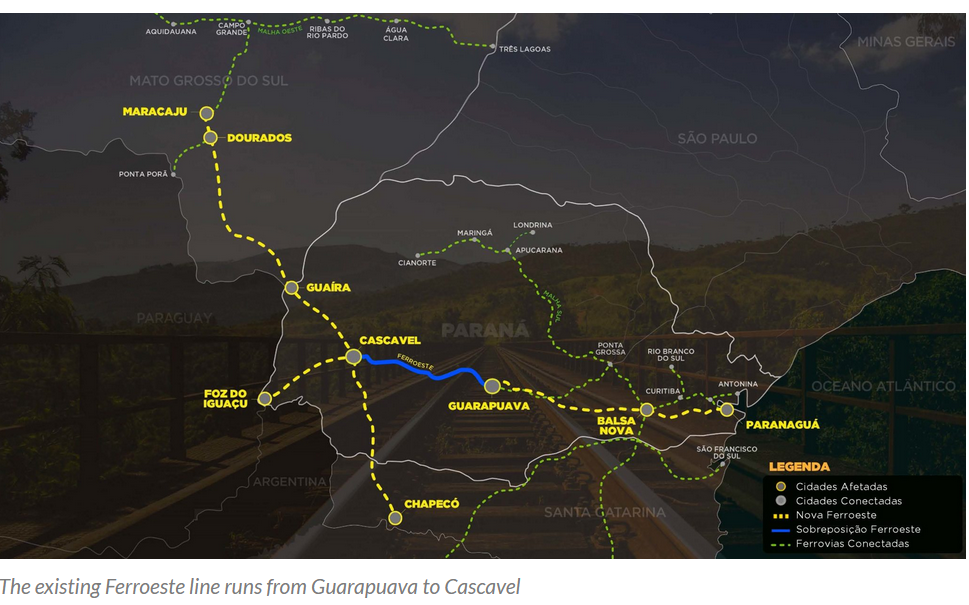 Map is curtsy of the International Railroad Journal. 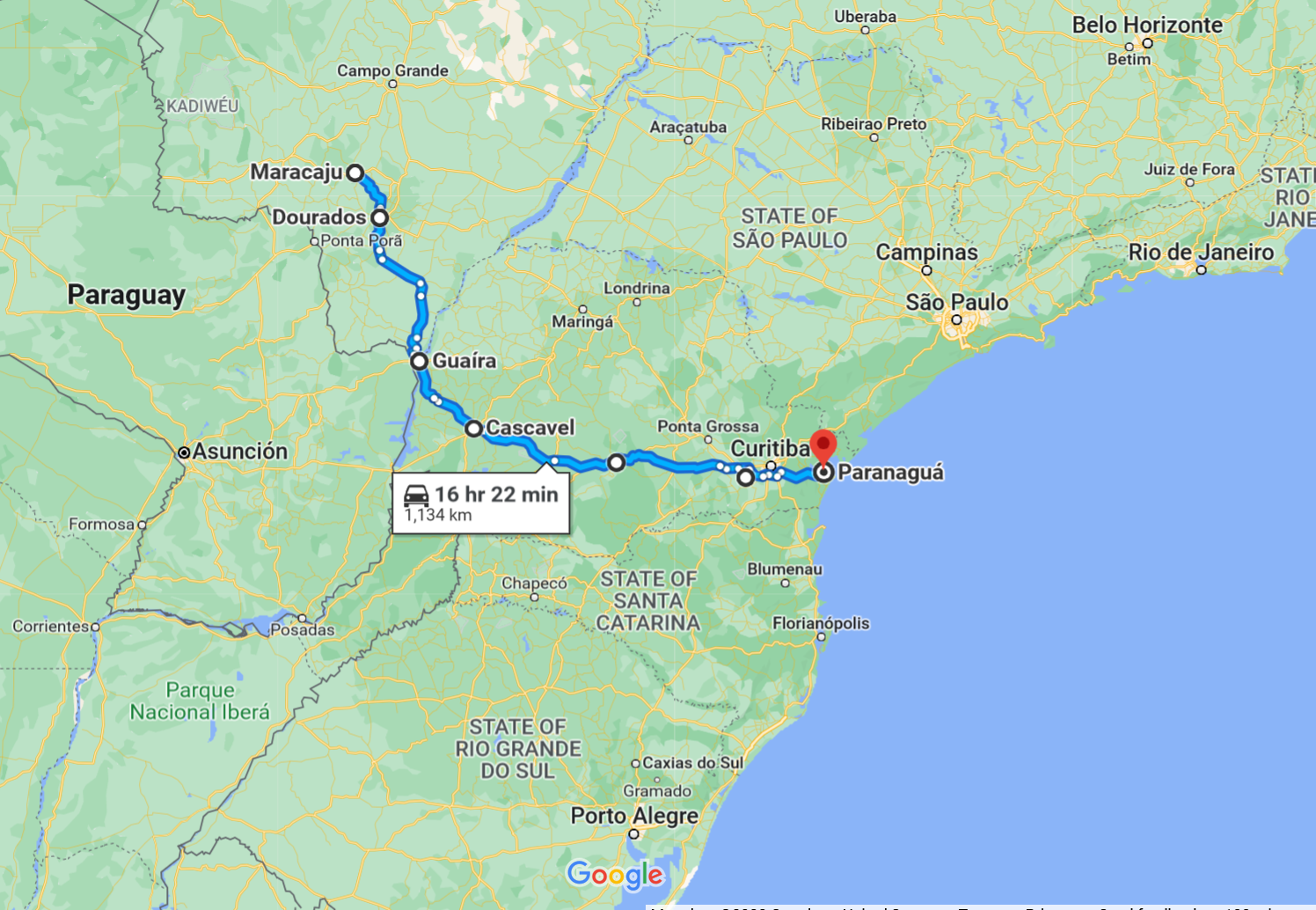 Route of the proposed Nova Ferroeste Railroad in southern Brazil.