Rainfall in Brazil has not improved enough for me to increase the Brazilian soybean estimate, but also the dryness has not been widespread enough for me to lower the estimate either, but I am concerned about the current weather pattern. The soybean production estimate is also being supported by a larger than anticipated soybean acreage.

Brazil's 2022/23 soybeans were 80% planted as of late last week compared to 86% last year and 73% average according to Ag Rural. This represents an advance of 11% for the week. Planting is essentially complete in Mato Grosso except for the northeastern corner of the state, but dry weather in parts of central Brazil such as Goias and Minas Gerais has slowed the planting pace in those two states. 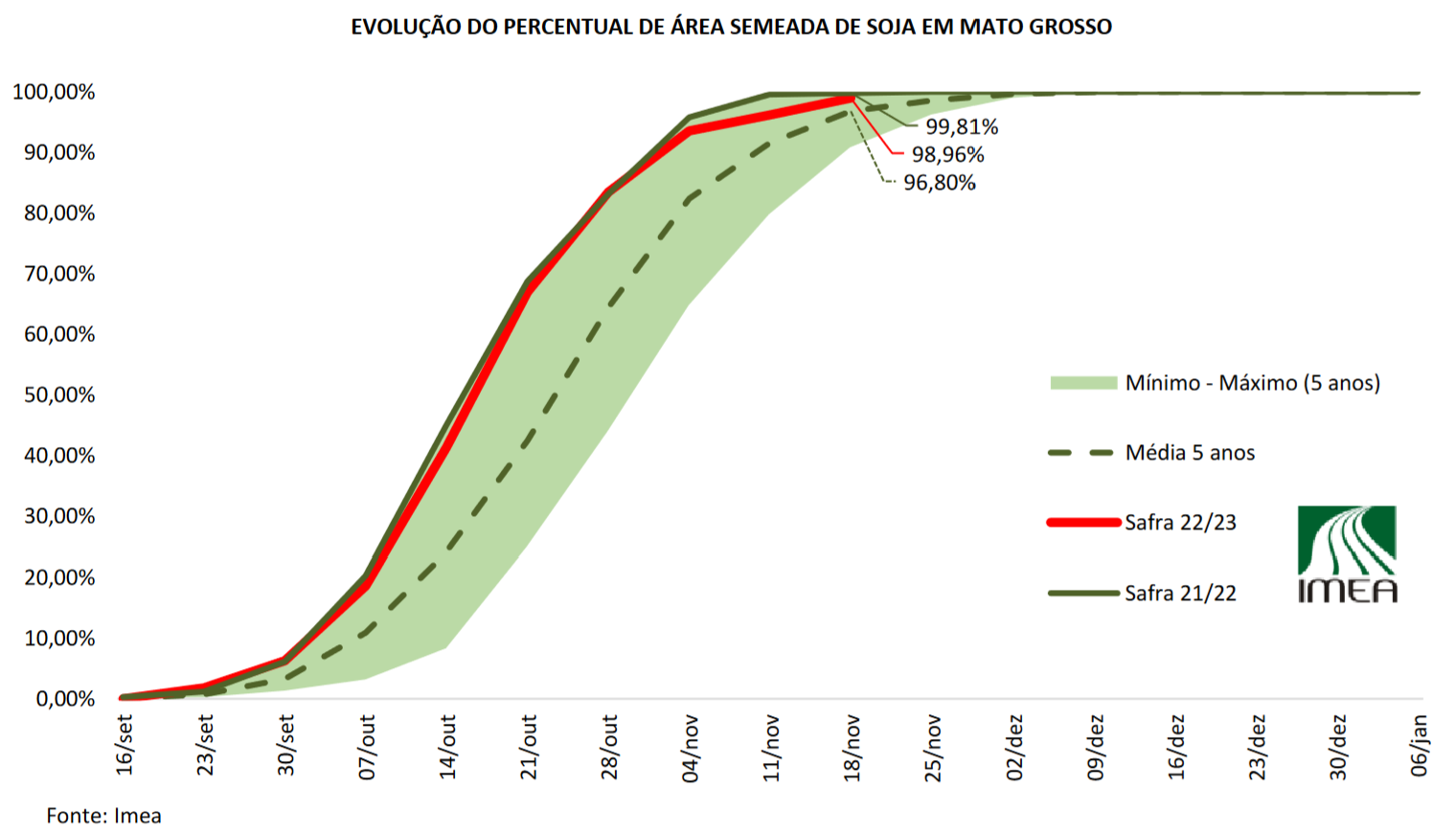 Parana - The soybean planting in Parana is nearing completion at 97% planted and the soybeans were rated 1% poor, 5% average, and 94% good as of earlier last week. The earliest soybeans in the state are starting to flower and set pods.

The recent weather in Rio Grande do Sul has turned dryer, but the forecast is calling for increased chances of rainfall early this week before a return of a dryer pattern. Emater is estimating the soybean yield in the state will average 3,131 kg/ha (46.6 bu/ac).

Goias - The soybeans in Goias were 92% planted as of late last week with dryer weather in the southern part of the state slowing the completion of the soybean planting.